• FIGHT THE FEAR
Chatting about why Shakespeare doesn’t need to be scary. Really letting go of fear, pre-conceptions, getting into a mindset of relaxedness and willingness to have some fun.

• WHY SHAKESPEARE
We draw parallels between Shakespeare’s plays and contemporary works. How does Shakespeare inform today’s modern musicals? What can his plays teach us about acting, letting go, emotion and accessing the truth of the stories we tell?

• VERSE SPEAKING
1) Introduction to iambic pentameter – working out the beats
2) Making the verse your friend – what to emphasise, and what to let go
3) Fresh minting – how do we make the verse sound fresh and spontaneous

• THREE CLUES
Shakespeare is full of clues about character and emotion. And it’s all written into the verse. There are dozens of them. But we’ll start with the top three.
Syllables – Mono? Poly? Yes, it matters!
Alliteration and assonance – Huge in Shakespeare. HUGE!
Antithesis – working with opposites will unlock a feast of pleasures. And not only in Shakespeare.

Skills: Verse Speaking; Acting; Truth in storytelling; Prose; Classical text
How to Connect:
Discord
Facetime
Google Hangouts/Meet
Skype
WhatsApp
Whereby
Zoom
Extra info: Ashleigh Harvey is a South African performer, cricket-lover and dog mom. She moved to London in 2019, in search of theatrical unicornery. Her proudest performances have included Fanny Brice (Funny Girl), Kate Monster/Lucy the Slut (Avenue Q), and aunt to two boys whose lisps and puckish ways make her heart go boom. Other stuff: Ashleigh graduated from Wits University in 2004 with a BA in Dramatic Art. Professional works include A Midsummer Night’s Dream; MacBeth; Much Ado About Nothing; The Rocky Horror Show (Janet); Sophiatown (Ruth); 4.48 Psychosis; Truth in Translation; Death of a Colonialist; Bash; Pests; and Shrek. In August 2009 she was awarded a position at the International Shakespeare Fellowship and spent a month studying Shakespeare in London at the Globe Theatre. She has also studied John Barton’s Playing Shakespeare from cover to cover, several times, and uses this as the basis for all her Shakespeare work, both as a performer and a teacher. Additional studies have included working with NYU Titsch School of the Arts Shakespeare guru, Louis Scheder.
Degree(s)/Training: BA Dramatic Art (Honours); The Globe Theatre International Fellowship
Website: https://www.spotlight.com/3812-7861-2793
Instagram: AshleighHarveyLDN
DBS Checked? (UK only): Basic
Contact: +447555016168; shakespearemad@gmail.com
Language(s): English
Hours of operation & Timezone: 9am-9pm GMT
£25 per hour 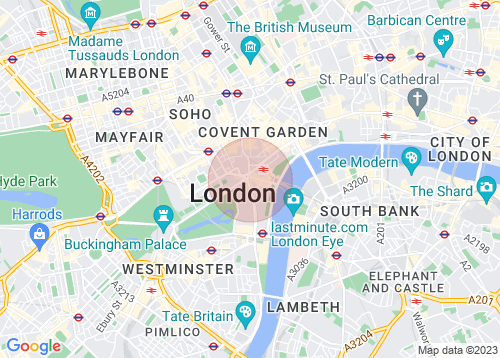 Creative Skills is powered by the Sharetribe marketplace platform.